Click the image below to view ‘Suspended’. And here to watch an online review.

An animated film that tells the story of a refugee from Syria, in his own words. I worked closely with sound designer, Katie Seaton, to agree on a few guiding strategies for our realisation of the narrative. The key one is to represent a life stopped in its tracks, which is the thinking behind the title, ‘Suspended’. The animation style, influenced by artist, William Kentridge, involves drawing with pastels and charcoal, and incrementally rubbing out and redrawing, while photographing each incarnation of the image. The dream-like feel and the ghost images suggest strong memories and parts of people left behind in some way.

The music is built around one piece of sound in the film – a dialysis machine. Katie has taken this particular sound, which is a huge part of this person’s life now, and turned it into a virtual synthesiser patch. That is the constantly evolving ringing, pulsing sound you hear pervading the soundtrack. 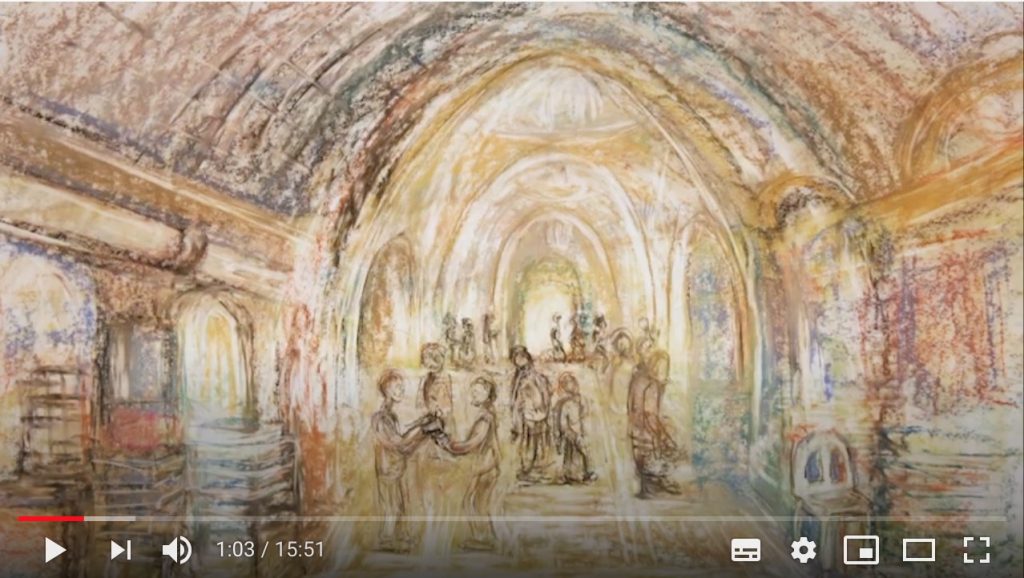